When you realize that somehow you are abused or something negative has impacted your life, you often tend to question yourself why me? What have I done to deserve this? You may even begin to believe that you are indeed guilty and responsible when others blame you for every tragedy you experience. 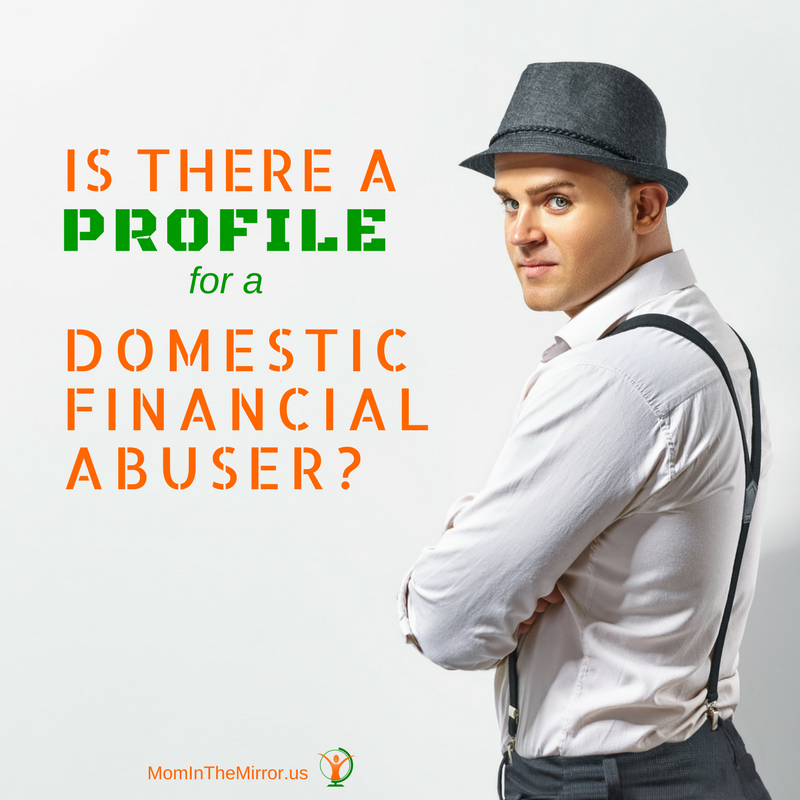 It turns out to be very difficult to assimilate the devastating effect of being broke, without a penny, full of debt and with bad credit because of the person who was supposed to love you and take care of you “in the good and the bad”.

“You should have noticed something when you were dating”, is a common argument your friend will tell you when she realized you´ve been abused by your intimate partner. But this judgmental affirmation won´t help. Feeling the wounds of the financial abuse in your life and your children´s lives won’t help either.

There are certain ways to get out of this awful situation and you may benefit from them, but in order to understand why he´s behaving in that controlling and abusive way, it would be very easy if we could outline a profile for a domestic financial abuser.

Most experts state that domestic violence crosses all social, economic, racial, ethnic, age, and religious boundaries, and financial abuse—one of the forms of domestic violence which occurs in 98% of any abusive relationship—is not the exception.

What we could state for sure is that there are some risk factors associated with physical and emotional abuse, and—because of the high prevalence of financial abuse combined with these two other forms of abuse—I´ll say they also apply to be risk factors associated with financial abuse in the domestic context, since it is not a money issue, but a key piece of a coercive control strategy.

As per the risk indicators, if your partner:
– Is between 18 and 30 years-old
– Did not graduate from high school
– Is out of work, or employed with a low-paying job which income is below the poverty level
– Saw his dad hitting his mother or he has previous involvement with domestic violence
– Uses illegal drugs at least once a year
– Has a different cultural background than yours

It doesn´t mean that in fact, he is an abuser, but the probabilities for this to be true are higher than if he didn´t match the criteria.

One of my mantras comes from the book The 4 Agreements by Don Miguel Ruiz, that says “don’t take anything personal”. This agreement means that nothing that other person does is because of you. It has nothing to do with you, but everything to do with them.

I know it can be hard sometimes to think that when someone is affecting you, causing you suffering, depression, manipulating you, and ruining your financial self-sufficiency, it can be really hard to believe that it is not personal, but trust me, it is not personal at all.

It is not about you. It is ALL about HIM. An abuser will beat, manipulate and control any woman he is with, situational circumstances do not make a person abusive. There is nothing that you can do, no matter how good or bad it could be, it won´t help him to control his behavior or change his emotions or attitude. We all own our attitude. And his attitude, abusive temper and controlling behavior is not your fault, not at all.

The words of Dr. Susan Hanks, former Director of the Family and Violence Institute in Alameda, California, portrait abusers´ responsibility for their acts and behavior: “The reason why men batter is because of internal psychological struggles”. She didn’t say men need to control his wives because the meal was cold, the clothing was dirty, and the house was unclean. No.

Dr. Hanks explained that men do that because they need to feel that sense of power and control over their partners or their own lives. This lack of control along with their codependency and fear for any moves on their partners´ part toward independence are some of the abusers psychological struggles.

While there are biological, physical and emotional differences among women and men, when it comes to the context of an intimate relationship, there is no evidence of a set of patterns that can define a profile for a domestic financial abuser. However, there are some characteristics or behaviors that are common among men who are abusive to their partners, which may include but are not limited to: 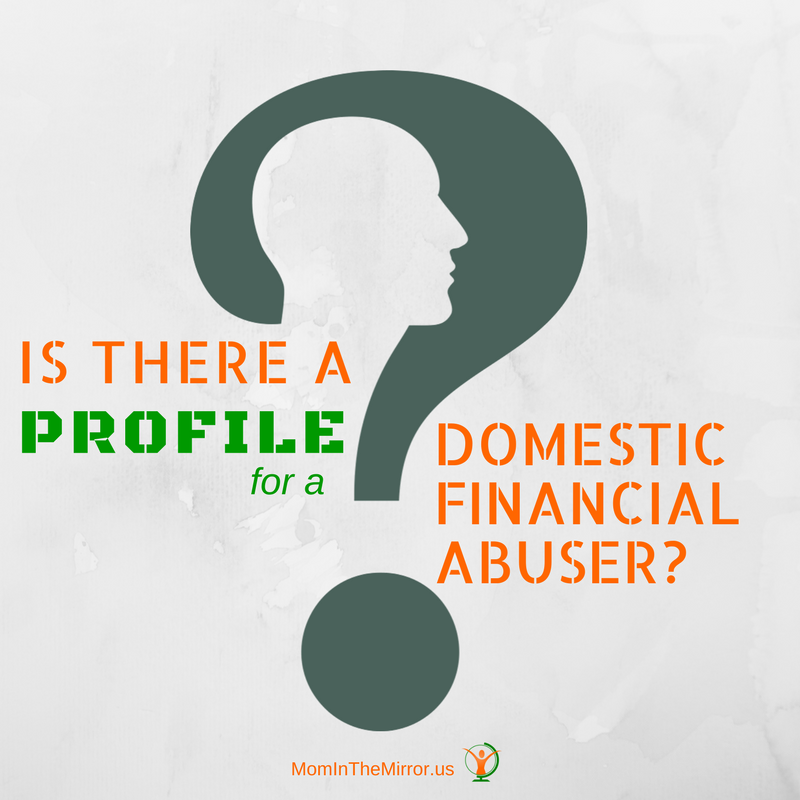 Controlling. Abusers are very controlling of others, he will want you to be accountable for everything you do, what may be subtle or rude, depending on the stage of your relationship, but it often grows to the point where you are not allowed to make personal decisions about anything, even money.

Insecure. His controlling behavior hides a poor self-image; his lack of control over anything and his insecurity.

Rigid gender roles. He may hold rigid stereotypical views of the roles of men and women, and parenting, in a relationship. He may also have a clear negative attitude toward women in general, even when he says you´re the only special and different woman he knows, in time, it will lead him to recall you are a woman and don´t deserve his respect.

Jealousy. He will be openly jealous and he won´t regret being excessive because he´ll explain that this is a sign of his love and care for you. However, this negative behavior often leads to your isolation from family and friends.
Seeking for isolation. By cutting your social connection with family, friends, jobs, and even with social organizations, he´ll be drawing the perfect codependent situation for both of you.

Unrealistic expectations. The abuser may expect you to be the perfect wife, mother, friend to fulfill all his needs. Since it is unrealistic, it may lead to unfair deceptions and absurd reactions.

I´ve conducted extensive research in the area of developing a profile for a domestic financial abuser, just to find out that there is no such profile. However, you may benefit from knowing the risk factors that may warn you about your relationship and the characteristics or behaviors that are more common among men who are abusive to their partners.

If you are to keep one single idea of this blog post I would love it to be that you fully understand that a man’s abusive behavior is not your fault and even though you cannot stop the man’s abuse, you are responsible for keeping yourself and your children safe.

What risk factor and/or characteristic of a financially abusive man do you think we moms are more vulnerable to? Share your insights in the comments.

20 thoughts on “Is There a Profile for a Domestic Financial abuser?”