“Please…give me some money to feed our daughter before you leave”, Helen begged him for the 7th time that night while he was getting ready to leave the house.

As most of the previous nights in that week and month, he left her with the sole response of the slam of the door. By the look in her eyes, I could read she was terrified of not being able to feed her child by herself. As a mom, she felt worthless, strengthless, mistreated, and abused… She felt she was not enough! The tears began to fall slowly down her face and mine. 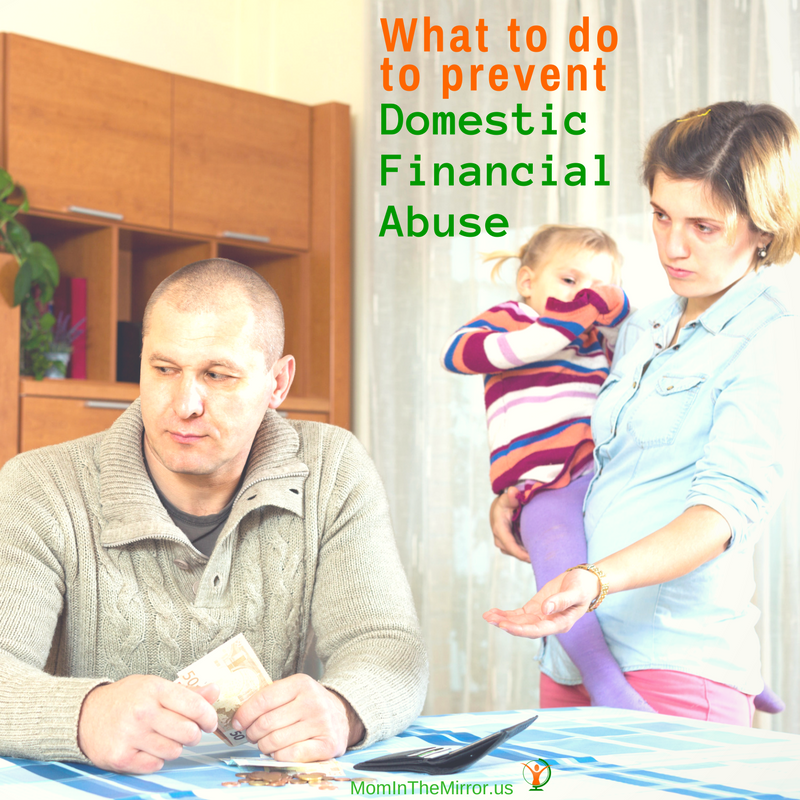 Helen is the pseudonym of a relative I love who couldn´t prevent domestic financial abuse in her life. She was in an abusive relationship with her daughter´s father and he used to withhold physical resources, including food, clothes, necessary medications from her, making her ask him for money. This is only one of the different struggles, challenges, and conflicts a mom financially abused could face and this is why we need to prevent it.

I firmly believe that when you don´t know something, you´re more likely to be a victim of it because you can´t see it coming. Financial abuse is a major topic that needs to be addressed to every woman. It was surprising for me to realize that there was not only one Helen in my family, but many. It was more devastating to realize that the Helens in America represent 99% of any abusive relationships.

Along with physical, psychological and sexual abuse, financial abuse is one of the different types of domestic abuse, but in contrast with the others forms, financial abuse has received far less attention from the scientific community and the mass media, which may explain why 78% of Americans have not heard much about financial abuse as it relates to domestic violence.

According to the Development of the Scale of Economic Abuse survey, financial abuse is described as “a common tactic used by abusers that control a woman’s ability to acquire, use, and maintain economic resources, thus threatening her economic security and potential for self-sufficiency”.

I was a little girl when I began to witness the financial abuse. This firsthand experience sowed a strong desire to prevent this from happening to me and to help the Helens in the world to do the same. Being literate about financial abuse and identifying its causes, symptoms, and consequences has helped me prevent financial abuse.

At the age of 16, I decided I needed to work, just to be able to provide for myself and stop asking my parents for money. Later, when I started thinking about having my own family I decided I wanted to have three kids (as long as God allowed me to, of course) because I assured myself I only would have as many as I could support by myself even if I happened to face any hardship.

I later chose to work as a mompreneur, to be able to provide for my family. All those decisions and many more I´ve made in my life are rooted in the financial abuse I witnessed as a child, and the commitment I made as a teenager to become and remain self-sufficient. 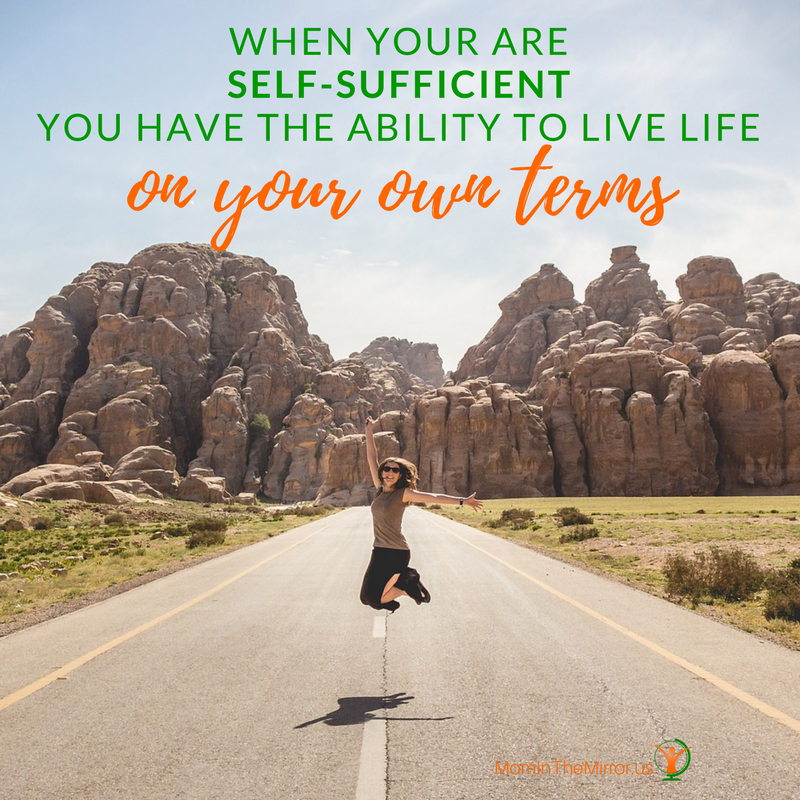 Furthermore, if you are not involved in your finances, whether you like it or not, you´ll delegate responsibility to your partner and this may cause you to be fully dependent on him financially and you could even end up being abused. Should I remind you that- according to The Allstate Foundation– “financial abuse is the number one reason why victims of domestic violence stay or go back to an abusive relationship” and it is deeply related to the lack of self-sufficiency?

As moms, with all the tasks we have to handle at home, we often tend to avoid budgeting, saving, investing and anything relating to money but spending. This may be the reason why in USA women are less financially literate than men, yet we need to change this reality. We need to get involved in financial matters. It doesn´t mean we have to go to college to get a degree on finances (however, you´re welcome to do it if you´d like to), but to be aware of the basics.

Being aware of the basics will help you to able to track the evolution of your finances on a regular basis in order to identify if everything is going as it should and to avoid being tricked or abused for not knowing. Also, it will help you to be aware of any legal document that you are asked to sign.

Taking control of your finances is one of the tactics more effectively used by the abusers to isolate you as a victim leaving you in a disadvantaged situation. It is healthy to share some of the financial responsibilities with your partner, but you should never give him all the control.

A financial boundary could be kept separate accounts, managing your own money, paying the bills or any that would make you feel comfortable and safe. For me, the financial boundary is “never quit your job and depend on someone else”. As a mompreneur, I´ve faced some challenges and my partner has asked me to quit, assuring he would provide for our family. I´ve thanked him because of his kind and loving consideration, but I´ve refused strongly and I´ve stood firm in my decision.

As moms, we often tend to be overprotective of our family covering any problem or misconduct, because we do not want to break up our marriage. For the sake of the family, we tend to justify our partner’s bad deeds with useless excuses that merely silence the reality of abuse, making it almost impossible for other people to help us.

In Helen’s case I know I wouldn´t notice she was being financially abused by her intimate partner unless I witnessed it. I had seen her getting thinner and thinner over the time, but I couldn´t realize it was because of abuse, and she did not say anything. Just like Helen, 65% of female Americans do not believe that their family or friends would know if they were in a financially abusive relationship, according to a survey conducted by the Allstate Foundation.

Since silence hides violence, we need to open up and share our situation with someone we trust in order to get help. We need to start the conversation to face this massive, yet seemingly invisible problem. We need to speak out loud about financial abuse to help our daughters and other moms, to know about it aiming to prevent it.

I´m sorry for Helen because no one should ever endure this systematic abuse. She is so worthy and deserves a better life and you deserve it too. Her life has impacted mine strongly and because of her experience, I´ve been able to help other moms. I cannot say I´m free from experiencing abuse because we all are vulnerable to everything, however, being aware has allowed me to be more conscious to prevent it.

I´d love to see which of these 5 ways to prevent domestic financial abuse resonate with you!

3 thoughts on “What to Do to Prevent Domestic Financial Abuse”